Tripawds Supporter sites have no ads!
Skip to content

Tripawds is a user-supported community. Thank you for your support!

It was one year ago today that I walked into the RASKC shelter and met a little tripod of unknown heritage. He’d been in some kind of accident, probably hit by a car, and they’d had to amputate his leg. His belly was one big ugly bruise, all red and purple, and he was sporting a row of Frankenstein stitches where his right legh used to be. But it wasn’t keeping him down. He was spinning in circles and jumping up on people (not easy to do with only one hind leg), seemingly oblivious to his missing limb. I asked them if he barked much. “He can be protective of his people,” they told me. I didn’t know what they meant until it was just me and him alone in the meeting room. He climbed into my lap, licked my face, and barked at anybody who walked by. What else could I do? 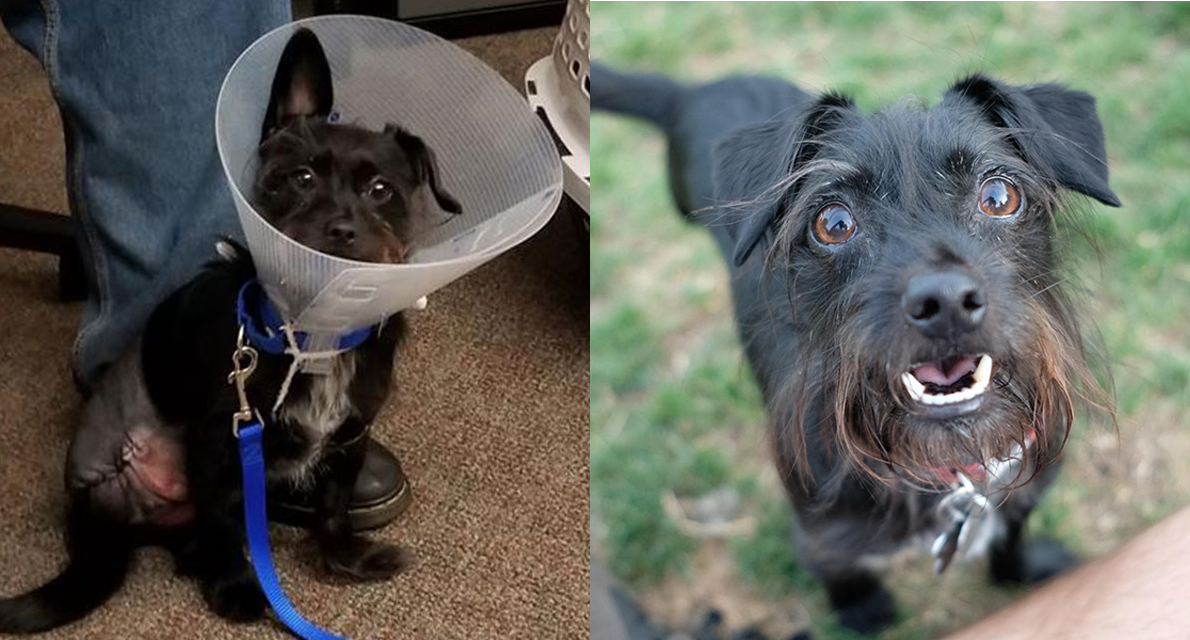 To remove ads from your site and others, upgrade to a Tripawds Supporter blog!

In my last post, at the end of the video, Asher runs up to some people.  The guy in the stripey shirt is Hunter Green (@Huntergreencreative on Instagram), and he got these amazing shots.

Tripawds is a user-supported community. Thank you for your support!

Turns out that daily trips to the dog park are keeping Asher’s anxiety down to a manageable level.  He’s hardly bothered by the same noises that used to set him off. Today was the fourth park day in a row.  I come home from work, get his leash and harness on him, and off we go.

He met a couple of Yorkies today. Dagger and Olive (I think). He doesn’t like the big dogs, but he’s always ready to play with the other little guys. He doesn’t even want Dagger’s toy. He just wants to run. He’s faster on three legs than some of the dogs are on four.

It’s been a while since I’ve posted.  Turns out the Seattle U campus has a little off-leash area.  It’s pretty laid-back and it’s within walking distance. Today was our second visit, and Asher met a couple of dogs close to his size that he could keep up with.

Lots of people commented on his speed and agility, and I’m sure he changed a few people’s minds about tripawd dogs.

I need to get another video. As soon as I was done shooting this one and put my phone away, I took his harness off and he ran even faster.

Finally, Asher’s Dog of the Month writeup went live. I think they did a pretty good job.

About Your Tripawds Blog:

New Tripawds Bloggers: Please review your default first blog post at left for lots of helpful links for getting started with your blog or review the Help Videos in your dashboard. Edit these widgets from your Appearance settings to remove this notice, upload a custom header photo, or choose from 130+ themes, and much more!


Tripawds Supporter sites have no ads!